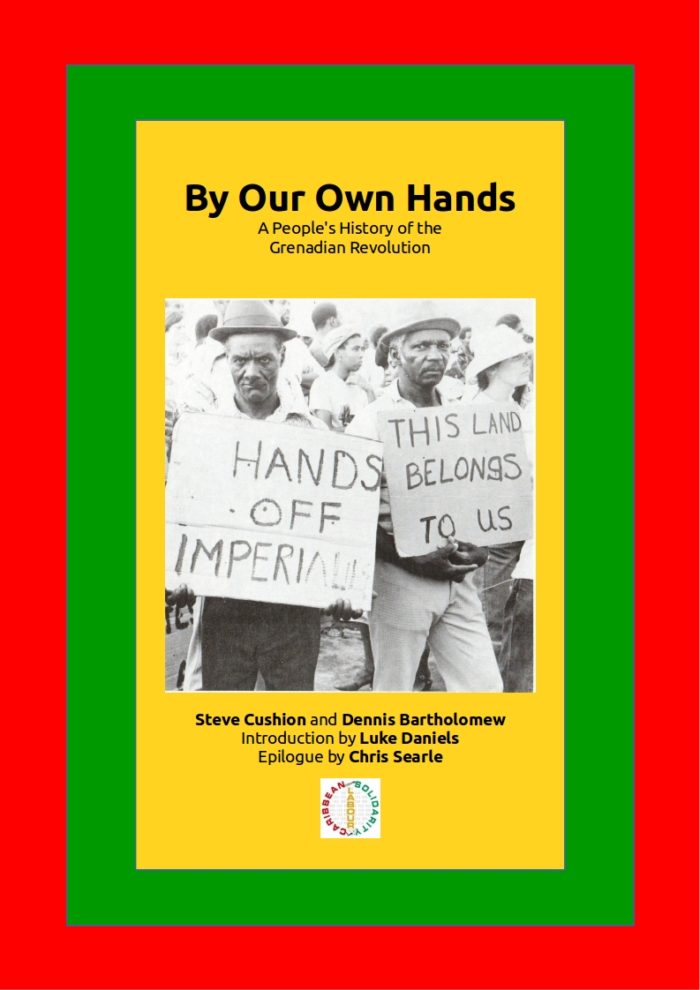 A pamphlet from CLS by Steve Cushion and Dennis Bartholomew

Between 1979 and 1983, the people of the Caribbean nation of Grenada made a courageous attempt to overcome the legacy of slavery, British colonialism and a viciously corrupt post-colonial dictatorship.

The tragic last few days of the Revolution have obscured the remarkable achievements of the Grenadian people during the previous four years. In the face of the unceasing hostility of the United States government and its continual destabilisation campaign, the people of Grenada rebuilt their economy with an emphasis on social justice and economic stability rather than mere profit for, mainly foreign, capitalists; they established a remarkable education system and improved their health service; they started a house-building and housing repair programme that addressed the needs of the poorest members of society.

In order to rescue the achievements of the Revolution, Caribbean Labour Solidarity has produced a pamphlet that concentrates on the successes and challenges of the Grenadian Revolution.
By Our Own Hands: A People’s History of the Grenadian Revolution can be obtained from s.cushion23@gmail.com price £2:50p inc. p&p.
You will be able to pay by PayPal, bank transfer or cheque.
Alternatively there is an e-book version which may be downloaded here…