Read the Article in the Morning Star…

The Windrush scandal has finally exposed to the public the truth about what deportation means for people’s lives, and the public is outraged.

Commonwealth citizens from the Caribbean and other countries, invited by the government to help rebuild war-torn Britain, have been separated from loved ones, lost … Read on ...

HEROINES OF THE HAITIAN REVOLUTION: Tales of Victory and Valour by: Christine Ru Pert-em-Hru. 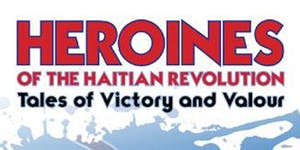 In her newly published work (after many years of research into the history of Ayiti/Haiti, its people and the revolution of 1804), Christine Ru Pert-em-Hru presents a compelling story outlining the magnificent contributions which the African women of Haiti made in order to make it the first African country outside the continent to take back its freedom from the western European superpowers of that time.
and

A discussion on where we go from here to ensure that there is a Full Amnesty, that those who have been deported … Read on ...

The Home Secretary’s statement in Parliament yesterday is good as far as it goes. She promises:

This is the very least they could do. If the Home Secretary is genuine when saying that it was “wrong” and “appalling”, she should make amends.