Caribbean Labour Solidarity is inviting you to a Zoom meeting. 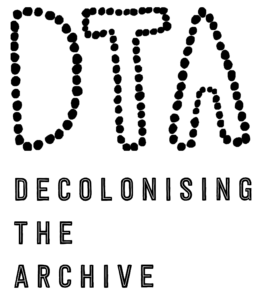 CLS has worked with “Decolonising the Archive” to produce the Grenada Revolution Archive. We are pleased to have Connie at our November on-line meeting to explain more about their work and how it can be relevant in the current circumstances.

What does the Pan-African archive look like? Sound Like? Feel like? Where does it begin and where are its limits? How is the archive expressed within our own cultural frameworks? Our work explores these questions. Our exploration is creating something beautiful.  We are changing our narrative. History is healing. We cannot decolonise what … Read on ... 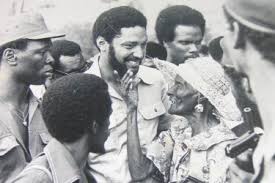 In October 1983 the United States invaded Revolutionary Grenada. They seized the bodies of Maurice Bishop and others who had been killed with him a few days earlier. These they took away. Despite numerous calls, over the years, from the families of the slain, the Grenadian public, Governments, religious and community leaders, the American Government has refused to return the remains.

The US administration’s refusal to act leads us to launch a campaign to force them to explain what they did to them and return the remains of the Grenadian leaders so that … Read on ...

This is a recording of our first Zoom meeting held on May 10th 2020.

Elections were held in Guyana on 2nd March 2020. Almost two months later the official results have not been declared. Are we witnessing a return to the dark days of PNC election rigging?
Listen to the discussion led by Leland De Cambra