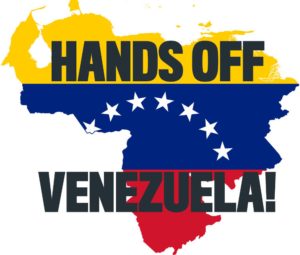 CARICOM has stood firm over the handling of the crisis facing Venezuela. The Caribbean organisation and its 15 members deserve recognition and respect for the historic stand they have taken in defence of democracy in the Americas and should be applauded by all freedom-loving countries.
CARICOM’s position is all the more courageous for the dangers they face from a hostile, erratic and vindictive occupant of the White House. Their common historical experience of enslavement, colonialism and of imperialism’s support for some of the most brutal dictatorships the world has seen in the last century has served to remind them of the need be vigilant for their own survival in the 21st century.
If the US is allowed to get away with the ongoing attempt at a coup in Venezuela, no government in the region would be safe from brutal intervention should any country choose to follow an economic path that does not have White House blessing. Sovereignty will count for nothing if the US gets away with this shamefaced grab for the resources of Venezuela. History demands that CARICOM members oppose the US invoking the old oppressive Munroe doctrine in an attempt to take control of their ‘back yard’, as recently stated.
The danger is ever-present. We should be reminded of the 60-year US blockade of Cuba, the occupation of Haiti, the invasion of Grenada, and of the USA’s political, military and economic support for some of the worst dictators the region has seen. The US embrace of Brazil’s Jair Bolsonaro should not surprise, since the same racist, misogynistic, homophobic ideology is shared by both Presidents, who recently confirmed their commitment to destroy the Venezuelan experiment. They made quite clear their intentions to effect regime change in Cuba and Nicaragua. It is not that these countries are any threat to the most militarised nation in the world, just that the US cannot bear to see an alternative to American imperialism in the region. What they fear is the example of daring to put people before profits that these countries represent.
We should not be fooled by fake concern for the Venezuelan people. The declared intention of the current occupant of the White House to put ‘America first’ leaves no space for ambiguity. The US support for a brutal Saudi regime that butchered an opponent at their embassy in Turkey, while the genocide of the Yemeni people with American and British arms continues, creating the worst cholera outbreak the world has ever seen, should leave us with misgivings. The threat of military war on Venezuela must be opposed by the entire region if we are to escape the ravages seen elsewhere as a result of American military intervention.
Standing together is crucial for our existence. As independent states we cannot allow the same old dirty tricks of ‘divide and rule’ to determine our destiny. Now is the time for our leaders to show solidarity with the Venezuelan people, who have elected a legal government of their own choice, in an election process that former US President Jimmy Carter has called ‘the best in the world’. A vote for the USA at the up-coming UN meeting is a vote for repression and cowardice.
Caribbean Labour Solidarity has stood by Caribbean peoples’ fight for peace and justice for more than 40 years and we recognise this as one of those pivotal moments in history when our leaders have the choice to decide our destiny. We applaud their efforts thus far and implore them to stay strong at this moment. History will judge them harshly if they do not stand up to the naked bullying and blackmail from the White House.
In solidarity,
Luke Daniels, President of Caribbean Labour Solidarity