Chair: Jessica Moody, Centre for Black Humanities, University of Bristol, and author of ‘Off the Pedestal: The Fall of Edward Colston‘.

Keynote speaker: His Excellency David Comissiong, Barbados Ambassador to CARICOM and author of It’s the Healing of the Nation: The Case for Reparations in an Era of Recession and Re-colonisation. 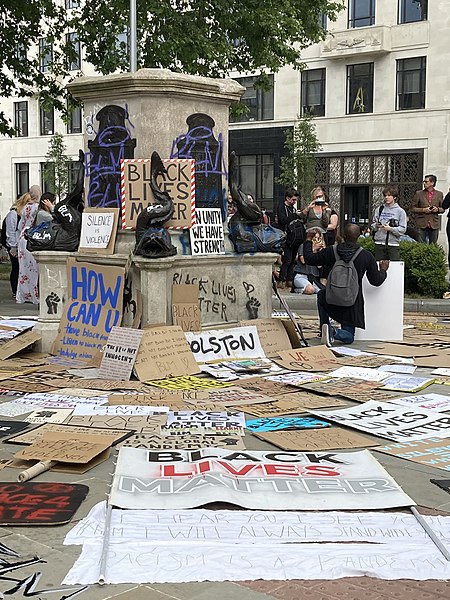 On 2 March 2021 Bristol City Council passed a resolution on the need for ‘Atonement and Reparations for Bristol’s Role in the Transatlantic Traffic of Enslaved Afrikans’. This issue has been taken up by the University of Bristol and many of those in communities that make up the city: it is still to be resolved. The issue of reparations is also a live one in the Caribbean islands to which many slaves were transported and one strongly supported by Caribbean Labour Solidarity and its members in the UK and internationally.

The impact of slavery and racism and the need for reparations is a feature of many contemporary cultural forms that have the potential to reach people for whom international law and political resolutions have little resonance. The aim of this webinar is to provide an international and cultural context for the recent responses to slavery and racism that were ignited in Bristol by the Black Lives Matter movement last year. The different presentations and performers at this event will make the issue of reparations relevant to both academics and the wider community.

Hosted by the University of Bristol’s Migration Mobilities Bristol and Centre for Black Humanities during Black History Month, this online event will include presentations by the four speakers, performances by two artists and a Q&A with the audience.