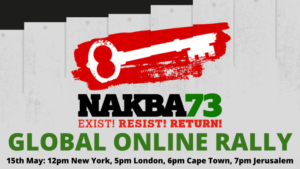 Over the last couple of weeks we have seen the brutalisation and open discrimination of the Palestinian people through the forced expulsions in Sheikh Jarrah, the storming of the Al-Aqsa mosque, and the bombing of the Gaza Strip that has killed at least 9 children. These actions are just the latest in Israel’s decades-old oppression of Palestinians. Israel has set out to control as much of the land of historic Palestine as possible and drive as many Palestinians from the land as it can through a process of settler colonialism.

CLS stands in solidarity with those Palestinians who are being forcibly displaced in the Sheikh Jarrah neighbourhood. Palestinians have been thrown onto the streets, forced from their family homes in an attempt to erase their historical ties to the area. Since 1947, 130,000 Palestinian homes have been demolished in Israel and the occupied Palestine territories, according to the Israeli Committee Against House Demolitions. As they fight these unjust laws, resistance by Palestinians is criminalised and used to justify violent crackdowns across Palestine, resulting in hundreds of injuries and fatalities.

Palestinians have also been denied access to vaccinations and the Gaza Strip is currently experiencing a surge in Covid-19 cases. Again and again the violence enacted by the Israeli state cruelly denies Palestinians safety and security in any aspect of their lives.

To commemorate Nakba Day and remember Israel’s foundational ethnic cleansing of over 750,000 Palestinians, CLS will be supporting our friends at Palestine Solidarity Campaign, Jewish Voice for Peace, the BDS Movement and the South African BDS Coalition for a GLOBAL ONLINE RALLY FOR PALESTINE.
Join us at 5pm to hear from special Palestinian guests including Dr Mustafa Barghouti, poet Rafeef Ziadah, comedian Amer Zahr, and speakers from #SaveSheikhJarrah.
We’ll be connecting across the world to take action for Palestine. Saturday 15th May @5pm. REGISTER HERE https://us02web.zoom.us/meeting/register/tZUsdemtrj0iHdOrmdVEo5y3U54SvlA6KxXv